What do platelets and avocados have in common? They don’t last long. Platelets have a five-day shelf-life, which isn’t much longer than a good avocado. That’s why we need consistent platelet donors.

Why are platelets important?

Platelets, which make up less than 1% of our blood, help our body repair damaged blood vessels. The delicate blood component is crucial for healing in many patients, especially those battling cancer.

For this reason, we encourage many of our donors to give platelets through an automated system. The equipment draws blood, separates the platelets, and returns the other components to the donor, along with a saline solution. As a result, you can donate platelets as frequently as every two weeks!

How often can I donate platelets?

You’re able to donate platelets every 7 days, up to 24 times a year. While donating that frequently is not required, we do encourage our donors to donate as often as they can!

Sarah was celebrating her son’s fourth birthday in 2018 when she had to excuse herself. While she had the video camera pointed at her young son’s face, Sarah couldn’t help thinking this birthday might be his last.

Owen was battling brain cancer for the second time.

“Seeing your young child going through something so hard but always seeming to have a smile on his face,” said Owen’s dad, Brandon, “I think of the things that he’s had to go through, and I couldn’t have handled it nearly as well.”

Owen is a burst of energy. He loves trains, is faster than the speed of light, and always has a joke or two for new friends he meets along his journey.

In May 2016, Owen began experiencing pain at the base of his head and neck. Then, he started having balance issues. Brandon said the problems went from faint to troubling over a 10-day period. After visits to the pediatrician, the Emergency Room, and a CT scan, an MRI confirmed Owen, then 2, had a brain tumor.

“It’s still surreal to this day what that experience was like,” Brandon said. “They came in and maybe 3 days after diagnosis, they were operating on my son’s brain. That was a tough time to think about your kid going in and having brain surgery. You don’t know what your son’s going through or if they’ll get all of the cancer out.”

Brandon remembered a moment right before Owen’s first brain surgery when he and Sarah were praying together in the prep room. When they looked up, the surgical liaison stood in the doorway and told them, “I saw what you’re doing right there, and I want you to know that I work for the man upstairs, too, and I know you’re son’s going to be OK. Today’s going to be a good day.”

That’s exactly what they needed to hear at that moment.

Claire, too, has been there for Owen along the way. After one of his surgeries, he’d lost his words. Sarah said he could say “no” and “mom,” but they weren’t sure if or when the rest of his words would come back.

Then, about a week after the surgery, Claire was finally allowed to visit her little brother. The moment Owen saw her, he exclaimed “Sissy!” and rattled off about 10 new words.

“It was probably one of the most remarkable things I’ve ever seen,” Sarah said.

Brandon said the siblings are good medicine for each other.

Now, Claire wants to be a pediatric neuro-oncologist.

Every two weeks for six months after the surgery, Sarah took Owen in for chemotherapy, staying at the hospital a week at a time. Sarah said they called the treatments “superhero medicine.”

In between treatments, Owen received red blood cells (22 times overall) and platelets (16 times). Both Sarah and Owen’s sister, Claire, saw a difference on the days Owen got his blood transfused.

“He would literally run out of the cancer center,” Sarah said. “He had so much energy and he had all of his skin color back.

“It was like giving him a whole bunch of cake or something,” she said with a laugh.

Six months after Owen’s treatment was finished, a routine MRI found the cancer had returned. This time, Owen was old enough for radiation treatment before the chemotherapy. At one point, doctors harvested Owen’s own stem cells that would be transfused to him after his chemotherapy sessions to help him recover.

Recently, Gulf Coast Regional Blood Center had the blessing of introducing Owen to three of the blood donors who literally saved his life—Randy Elder, Sylvia Ramon and Jaime Adame. Jaime happens to be the manager of The Blood Center’s Katy donation center if you ever want to meet a real-life hero.

“This is a gift that’s going to stay with me for the rest of my life to know and have been a part of it, and it’s just a beautiful experience, the reward,” Jaime later told the Langstons. “I feel like you’ve given me so much more than what I gave.”

The family has nothing but gratitude for the blood donors who made Owen’s recovery possible. They said the journey has been rough, but they’ve been blessed along the way with people who want to help.

“If there’s anything I could say to the people who have donated blood to our son and helped save his life, it’s ‘thank you,’” Brandon said. “You go to The Blood Center and you spend your hour and you donate, maybe not even giving a second thought to what you’re doing. But what you’re doing is saving my son’s life.”

Make an appointment to save lives today. 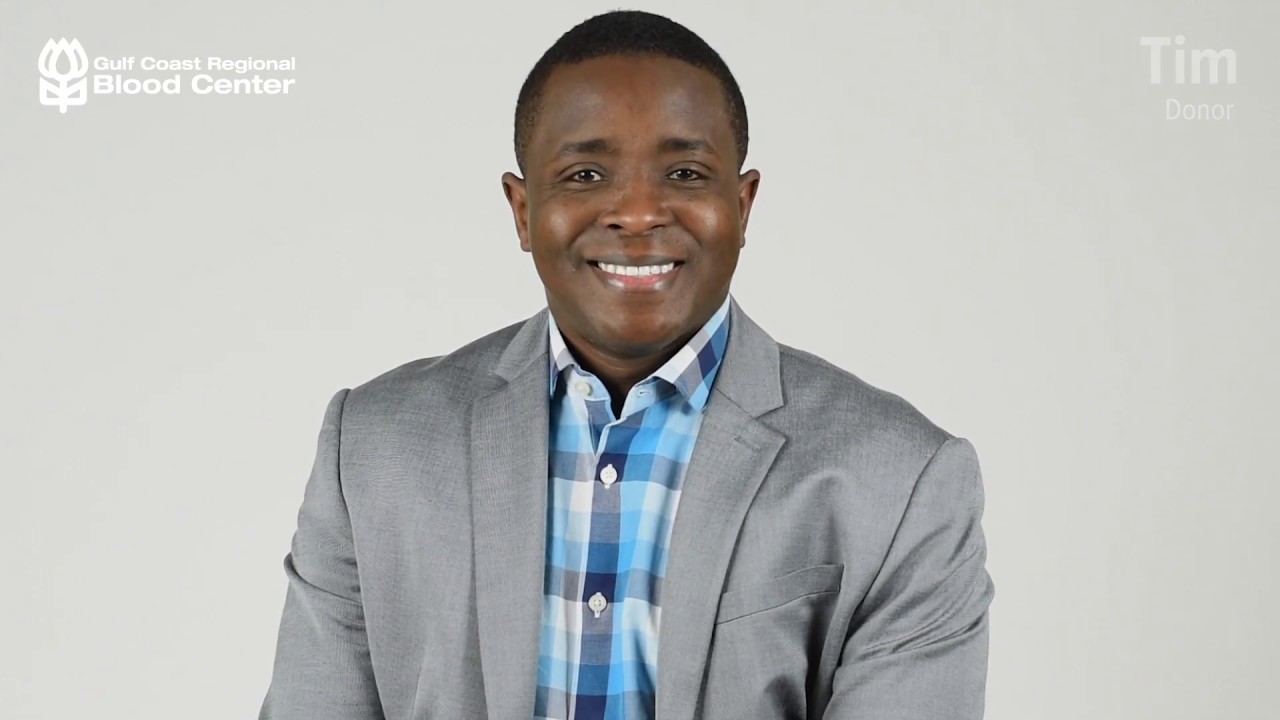 Tim, A Hero Who Cares for His Community
Schedule Your Donation